As a graphic designer, Human-Centered Design (HCD) has been an extremely useful tool for generating ideas on the fly and creating strong solutions. It is essentially brainstorming on a deeper level. What’s great about HCD is that not only is it a powerful tool, but anyone can do it! The basic supplies needed for most HCD techniques are markers, paper, post-its, and creative thinking. 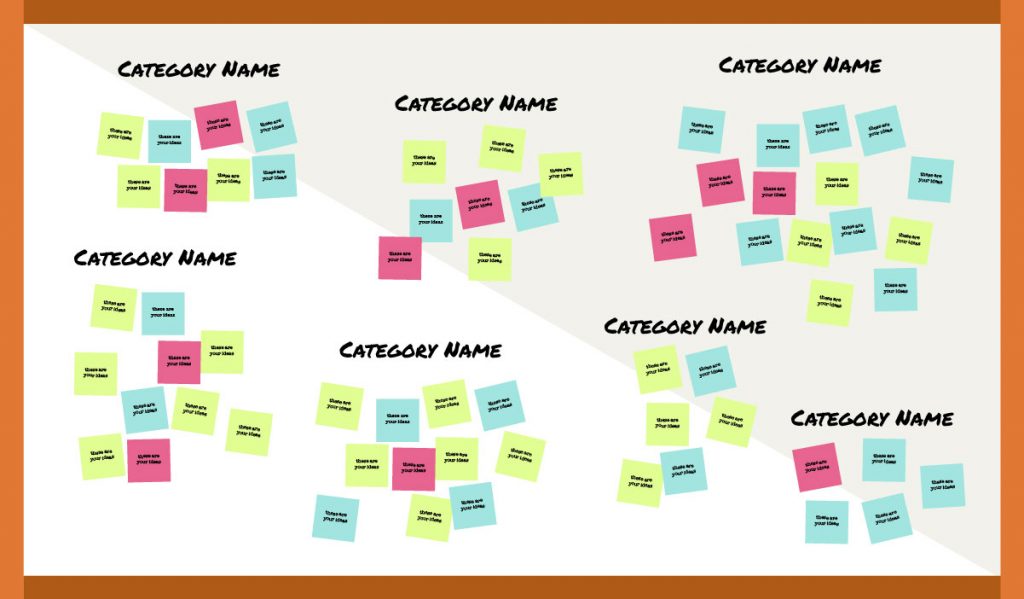 I was introduced to HCD in college. As projects became more complex, HCD was used to generate design solutions that addressed problems more effectively. In my senior year, we were assigned to read “Innovating for People, Handbook of Human-Centered Design Methods,” a publication created by LUMA Institute. This book contains HCD methods that I have since used over and over, such as the creative matrix, stakeholder map, interviewing, persona profile, affinity cluster, rose thorn bud, and bull’s-eye diagram. I highly recommend this book for those interested in learning more about HCD.

HCD can be used to solve any problem big or small. For example: A nonprofit wants to expand by adding a fundraising campaign, but they aren’t sure where to start. Using HCD, people in this organization can work together to come up with ideas for the campaign. I’d like to walk you through two common HCD methods. To make it a little more understandable, I’ll be using the fundraising campaign example to show how it could work in this situation.

For this fundraising campaign, it important to identify your nonprofit’s audience and to target these people specifically. If research has already been collected on who these people are, a persona will help narrow this data down to create a profile based on the needs of these people. Some examples of information that can be included on the profile are: Age, Income, Marital Status, Career, Future Goals, and Charity Interests. However, in this case, the information should be targeted to people who will support or are interested in this campaign. Gather your research into one document, organize it, and include images if needed.

This nonprofit has a few plans for carrying out its fundraising campaign, but wants to make a bigger impact by thinking outside of the box. An Affinity Cluster is a great way to gets lot of ideas out in the open, organize them into similar groups, or “clusters”, and allow for productive conversation to get the ideas moving.

Supplies needed for this activity are: Post-its, markers and white boards or large sheets of paper. This is a group activity and should be done in teams with a leader to help move things along.

I hope these activities have opened your eyes to the usefulness and versatility of HCD. I suggest looking into it more and learning about the other activities. I, for one, am glad that I have been exposed to it and will continue to use HCD throughout my professional career.